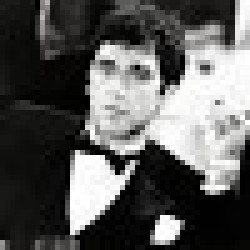 In the current era of digitalization, we are witnessing the shifting market trend towards voice assistants. Artificial intelligence and voice assistants are becoming a prevailing culture in recent years, which is recognizing by businesses, and users are being habitual or favoring.

The first voice assistants introduced in 1961 as IBMs shoebox device. In 2011 apple delivers first an innovated voice-enabled assistant Siri in their smartphones to customers. In 2014 with the deployment of Alexa voice assistant in homes made a dramatic shift in user behavior by embracing Amazon Alexa voice assistant services. Users will use Alexa skill in playing music, ordering food, make payments, controlling smart devices like television, doors, ac, etc. The forecasting growth rate in the usage of Alexa skill technology is 54.74%.

What are Alexa skills?

Alexa is programmed in a speaker to answers users’ questions and accept voice commands to get things done. This programmed artificial intelligence in voice assistance, which can develop for operating other devices and increases their productivity, is called Alexa Skills. Recently uber is collaborated with amazon Alexa to develop Alexa skill by which users can book their cab by using voice-assisted Alexa speakers. Amazon Alexa developers are integrating voice assistants in applications to customizes customers utilizing the trend of products and services.

Amazon is collaborating with electronics manufacturer companies to give an option to users for Alexa skill enabled devices by which consumers can give voice commands to operate. With the increasing figures of officially supported devices like amazon echo, echo spot, echo dot, and amazon fire stick, Alexa is wide-spreading.

Benefits of Alexa to Business Entities

It has reportedly observed that businesses and enterprises have a competitive advantage by incorporated Alexa’s skills in their everyday operations. Some of the reviews by companies invested in Alexa skill development are:

Features that a Business should build?

What various Users do with Alexa Skills?

If you’re impressed by the various uses of Amazon Alexa in business and want to give your business the touch of Voice, feel free to contact us, DataVizz – an Alexa Skill Development Company that aims to provide Voice Bot and ChatBot solutions to revolutionize the way businesses operate.

Never miss a story from us, subscribe to our newsletter