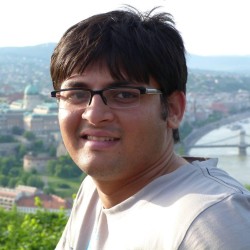 When I started my company, I was looking for a blogging platform which I can use easily and at the same time it can be managed more easily. So the choice which I was learning towards was to have a Serverless Blogging website. Parameters were to have something on which I can easily write and I don’t have to do anything to manage the infrastructure of the website. After going through many blogging platforms and reading a lot of articles​, I’d decided to go with Jekyll

Jekyll is a simple, blog-aware, static site generator for personal, project, or organization sites. Written in Ruby by Tom Preston-Werner, GitHub’s co-founder, it is distributed under the open source MIT license.

So Here’s a DIY article on how can you setup your own Serverless Blogging Platform with near to 0$ cost.

Follow references if you are using other OS - CentOs, ​Windows, ​MacOs ​

Let’s get started with installation:

This shoudl install bundler and Jekyll which is required to setup your own bloggin platform.

Jekyll is a static fle generator so we would have to build a site before we can view any content.

Alternatively during the development time you can run below command to rebuild your website with every changes which gets saved.

Setting up a template

Being an OpenSource project, You would find a lot of prebuilt templates which you can use for your blogging website. Head to - JekyllThemes

Now, that my blogging platform is ready, I want to deploy the website using my command line without me running a serious upload operations.

So I setup my CI/CD Pipeline on Gitlab CI which would trigger everytime I upload my blog into my gitlab repo.

That’s all and my blogging setup was ready.In between I didn’t covered on how to create S3 bucket and what configurations you should do to host your website on S3 which can be found here

Don’t forget to leave down your review and do give me your comments on what you would like to see next!

Never miss a story from us, subscribe to our newsletter